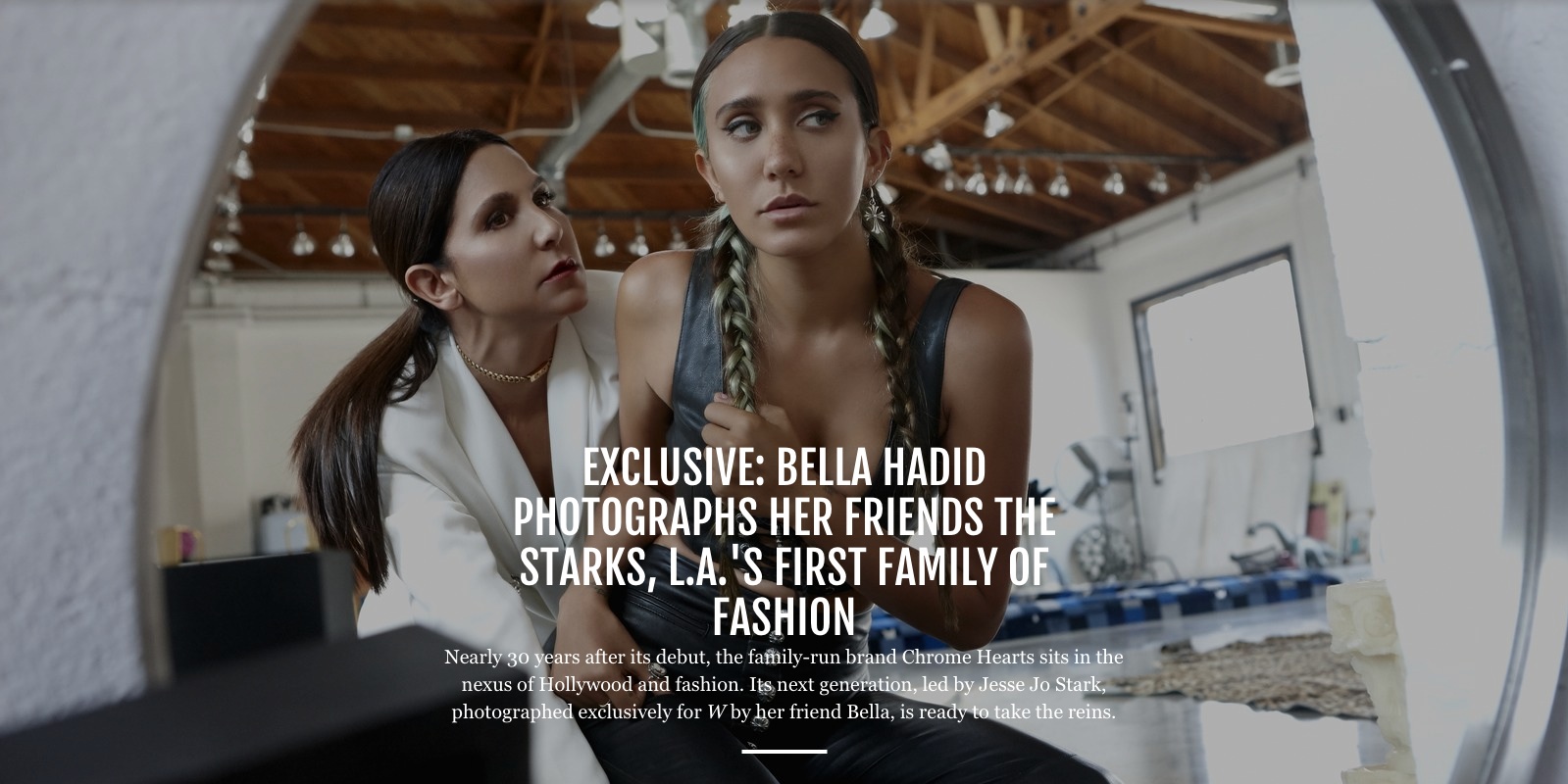 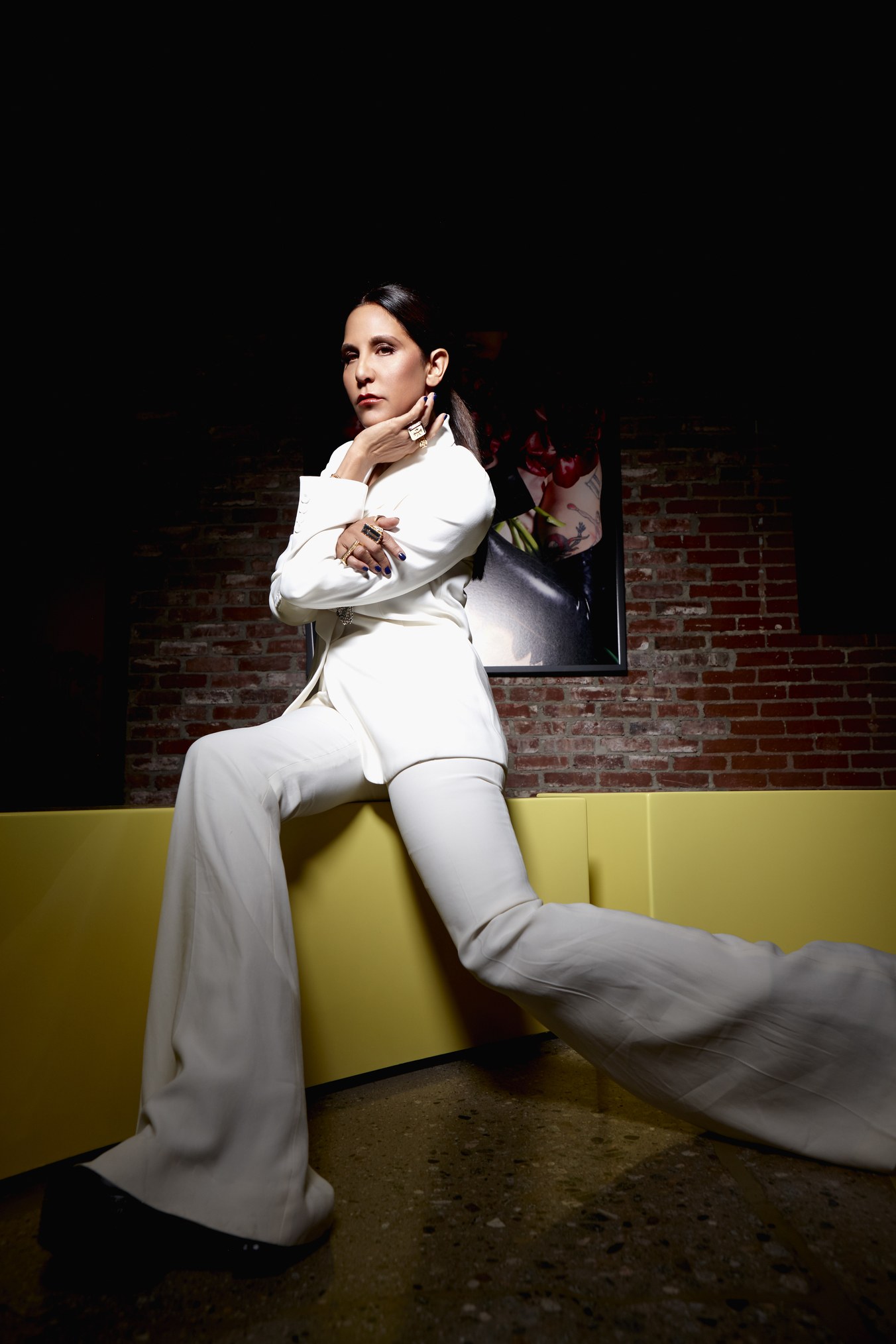 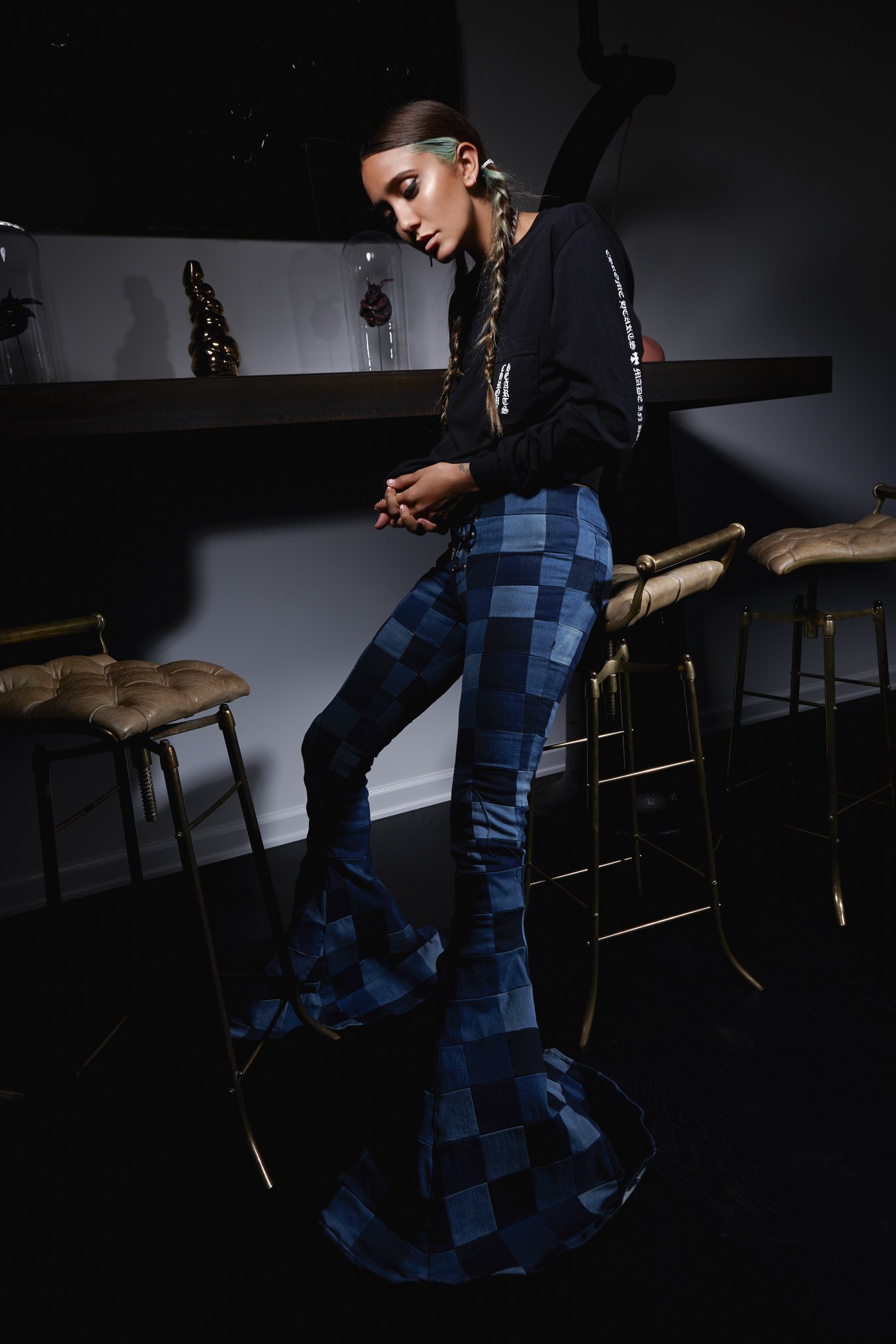 Nearly 30 years after its debut, the family-run brand Chrome Hearts sits in the nexus of Hollywood and fashion. Its next generation, led by Jesse Jo Stark, photographed exclusively for W by her friend Bella, is ready to take the reins.

A surefire way to preserve a company's DNA is to pass it down to those who literally share the same chromosomes as its founder. For Richard Stark, who started the popular Los Angeles rock chic fashion brand Chrome Hearts in the 1980s, that means his oldest daughter Jesse Jo.

The Starks were a fixture in a L.A. long before Hedi Slimane and Jeremy Scott set roots there, but nearly 30 years into their proudly independent, fiercely family-run enterprise, they now sit at the very nexus of fashion and Hollywood's new A-list, and that's largely in part to Jesse Jo's efforts.

“Luckily, I really think my parents are cool," Jesse Jo told me recently. She looked like a young Stevie Nicks if Stevie Nicks was an Instagram influencer, and is an aspiring rock 'n' roll singer herself. She can often be found sporting a Chrome Hearts leather jacket or one of their signature graphic tees with gothic lettering.

"I went through a phase where I didn’t want it to be cool because it’s my parents’ brand," Jesse Jo continued. "I wanted a Chanel bag, or something. But they’ve allowed me to interpret Chrome Hearts in my own way. And my friends all think it's cool now, too."

Jesse Jo's friends include the next generation of Los Angeles royalty – Bella Hadid; Kaia Gerber, who modeled for the most recent issue of the brand's magazine; Sofia Richie, and Atlanta de Cadenet Taylor – whose parents, the likes of Yolanda Foster and Cindy Crawford, are longtime friends of the family. Jesse Jo considers all these girls to be like her "sisters," in addition to her actual twin siblings, Frankie Belle and Kristian Stark, who are both 13.

“Cindy is one of my mom’s closest friends. I view Kaia as my little sister. I grew up with Bella and Gigi. It’s all very natural,” Jesse Jo said.

To her, Hadid is "My boogaloo" and to Hadid, Jesse Jo is her "Sweet Thing.”

“All the relationships the brand has are just that — relationships,” said Laurie Lynn, who had joined Jesse Jo in their Hollywood headquarters. "Our collaborations aren't forced. We don't do anything to be cool. At Sunday brunch it’ll be like, 'Hey, I’m a model now,' and we’ll be like 'Okay, you should model.'"

Many "It" brands of the moment like to say that their trendiness is a happy accident, and that the famous people they surround themselves with just happen to be there. But the Starks were early pioneers of the Los Angeles fashion scene, a once dismissed oasis that has since become a booming hodgepodge of designers, everyone from Slimane and Scott to Greg Chait and John Elliott. Laurie Lynn and Richard Stark met because she was one of his first clients. In 1988, he was scraping by making custom, black leather outfits for his rockstar friends like Steve Jones of The Sex Pistols and one day Laurie Lynn, who was an art director and photographer at the time, called up requesting a collection of leather swimsuits.

As Laurie Lynn put it, she began as her husband's muse, but as the business grew, she decided to come on board to help. “We were never in it for the money," she said. "We just wanted to pay the bills and raise our family."

In 1992, Stark was voted Accessories Designer of the Year by the CFDA, and he famously showed up unannounced with his friend Cher, who presented it to him. It's this authentic, unfaltering, we-don't-play-by-the-rules personality and aesthetic — not to mention the celeb friends — that has allowed the brand to remain relevant after all these years. Even today, they still don't have e-commerce, they don't gift, and they only just joined Instagram. Many of their most popular items even have a year-long waitlist.

“Chrome Hearts is about craftsmanship,” said Jesse Jo in a tone that implied that this is a phrase engrained in her since birth. In other words: “We stick to what we know and what we’re good at. We don’t just make shit for the sake of making shit.”

When Jesse Jo was 18, she developed a new stud and spike design for the brand that's since become a Chrome Hearts staple. "It had a modern twist that appealed to her age group," said her mom. When she was 20, they left her for one year to run the company while they set up shop abroad, and it went off without a hitch. And as for her 13-year-old siblings, they're also eager to contribute. “They’re very bossy and opinionated," added Laurie Lynn. "They already want to do their own brand.” Nothing get's done, however, unless there's a majority family vote.

In a rarity for an independent family-run business, Chrome Hearts is still going strong, with stores across the world and an expanding footprint in Asia, especially Japan thanks to Rei Kawakubo herself, who is a fan. She's not alone — a new generation of celebrity fashionistas like Soko, Dree Hemingway, and even Lady Gaga have discovered the label, along with Jesse Jo's own roving sisterhood of Instagram-happy BFFs."It’s funny because something that my mom made when I was five is now cooler than ever before," says Jesse Jo. "My friends and I are actually dying to wear things from the ‘90s. It’s about recycling and making things appealing to this generation.”

Mother and daughter claim that together they brought color, handbags, and a touch of femininity to the brand, which before was strictly all-black. Jesse Jo also hopes to bring more live music to the factory spaces and stores around the world, in keeping with the brand's rock roots. Plus, they'll also have a another space opening in New York City soon. But their primary goal will always be to maintain the empire.

As the Chrome Hearts brand grows, so will the Stark children. Jesse Jo will continue with her creative direction, Frankie with dreams of becoming a designer, and Kristian determined to crunch the numbers. They've got big shoes to fill, but, as their mother will attest, none of them have the same size feet. And that's a good thing.